Rise and demise of biodiversity in the Pontocaspian region

Combining climate, geology and biology to unravel drivers of lake basin and biotic evolution of the unique Pontocaspian region to understand the current biodiversity crisis. Lakes and rivers in the Caspian-Black Sea region host unique species that have evolved to live in the unusual salinity regimes and partial isolation during the past few million years. It concerns invertebrates such as molluscs and crustaceans, but also fish and the Caspian seal. These so-called Pontocaspian faunas are currently under severe pressure, with species disappearing and communities in disarray. 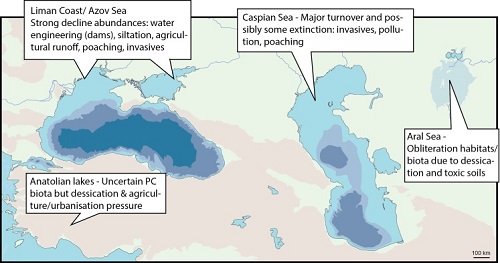 From the geological record we learned that past turnover events coincided with habitat obliteration events as well as episodic strong reduction of habitats during e.g. extreme lake lowstand episodes. Climate in the Pontocaspian region but also on the wider continent drove lake level changes as did tectonic processes. Prolonged isolation and episodic connections occurred each affecting faunas in their own ways. In the past two million years the Caspian Sea became the center of evolution of Pontocaspian biota. The demise of Caspian biota in the 20th century is mostly linked to invasive species outcompeting native and endemic species. 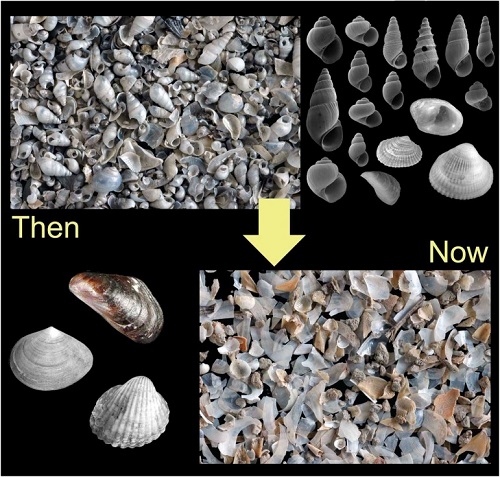 We have made estimates of the extent of the crisis, identified several potential refugia and pioneered outreach programs. After 2019 we aim to continue with a Pontocaspian biodiversity network to expand biodiversity programs.