Several groups in the Phyllanthaceae live in symbiosis with moths. The moths pollinate the flowers, and their larvae are harboured by the fruits and can feed on part of the seeds. This symbiosis results in drastic adaptations in the male and female flowers of the Phyllanthaceae. The symbiosis originated several times independently and the morphological changes in the flowers of these various groups are compared. The drawing shows a male flower not pollinated by the moths and another species, of the same group that is pollinated by the moths, note the change in the position of the anthers. 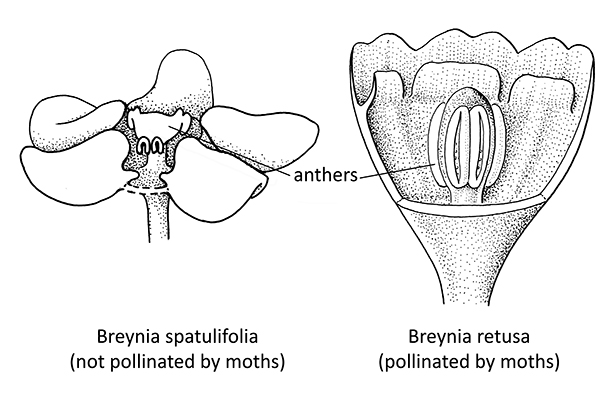