The North Sea is one of the most intensely used seas in the world. Its natural resources are exploited for gas drilling’, fishing and renewable energy, and these activities greatly impact the North Sea ecosystems and their biodiversity. Despite the heavy exploitation and a long history of research, surprisingly little is known about the biodiversity of the North Sea, and some taxonomic groups such as Foraminifera are especially understudied.

Foraminifera are a very diverse group of unicellular organisms, including species which react fast to changes in their environment. Therefore, they are ideal for monitoring ecosystems and possible human impacts. In order to explore the diversity of North Sea Foraminifera and evaluate their potential as bioindicators, combining classic taxonomical approaches and next generation sequencing approaches such as metabarcoding is especially promising.

Foraminifera were sampled during an expedition on the North Sea along a transect from Texel to the Shetland Islands north of Scotland. The first task is to identify the sampled Foraminifera based on morphology. In a second step, DNA will be extracted from the identified Foraminifera, and next-generation sequencing techniques such as metabarcoding will be used to assess the taxonomic diversity based on genetic data. As many Foraminifera cannot be reliably identified based on morphology alone, it is expected that metabarcoding will lead to a greatly increased knowledge on the true diversity of Foraminifera from different North Sea ecosystems and the discovery of yet unknown species. 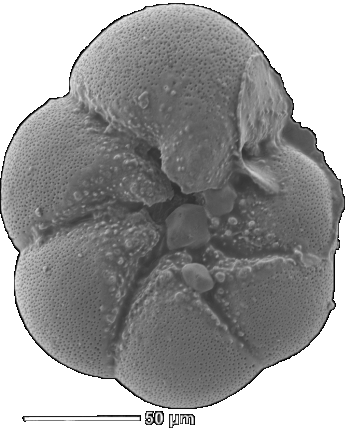 Foraminifera communities can greatly differ between microhabitats at a sampling site. This can strongly impact results of biodiversity assessment based both on morphological identification and metabarcoding approaches. It is yet unclear how representative studying a limited number of samples and replicates from a given site is for biodiversity estimates. Before Foraminifera can be used as reliable bioindicators, this variability between microhabitats and their communities needs to be understood and sampling strategies need to be developed.

Taxonomic identification of Foraminifera based on morphology and DNA. The Foraminifera will first be identified based on morphology, using identification keys. Following this, DNA will be extracted and PCRs will be used to amplify marker genes from the Foraminifera communities. DNA libraries will be prepared for sequencing on high-throughput sequencing machines, and the obtained data will be analysed using several bioinformatic steps and ecological statistical analyses.