Islands have experienced exceptionally high rates of extinction after human settlement: over 60% of documented terrestrial species extinctions were island endemics and the surviving island taxa are greatly over-represented on endangered species lists. For example, one third of Madagascar’s lemurs are now critically endangered, whereas the West Indies have lost half of their mammalian species since humans arrived.

How long would it take for islands to regain the species diversity lost due to humans? How far have we perturbed insular communities from their natural state in the Anthropocene? Focusing on the highly threatened mammalian faunas of Madagascar and the West Indies, we are using phylogenetic methods to measure how much evolutionary history has been lost and how much is currently under threat. While the toll of recent extinction on the species richness on these islands is relatively well understood, we do not know how humans are affecting the natural evolutionary diversity trajectories in Madagascar and the West Indies. We are using the dynamic island biogeography model DAISIE to estimate the trajectory of diversity on these islands based on different past and future extinction scenarios. 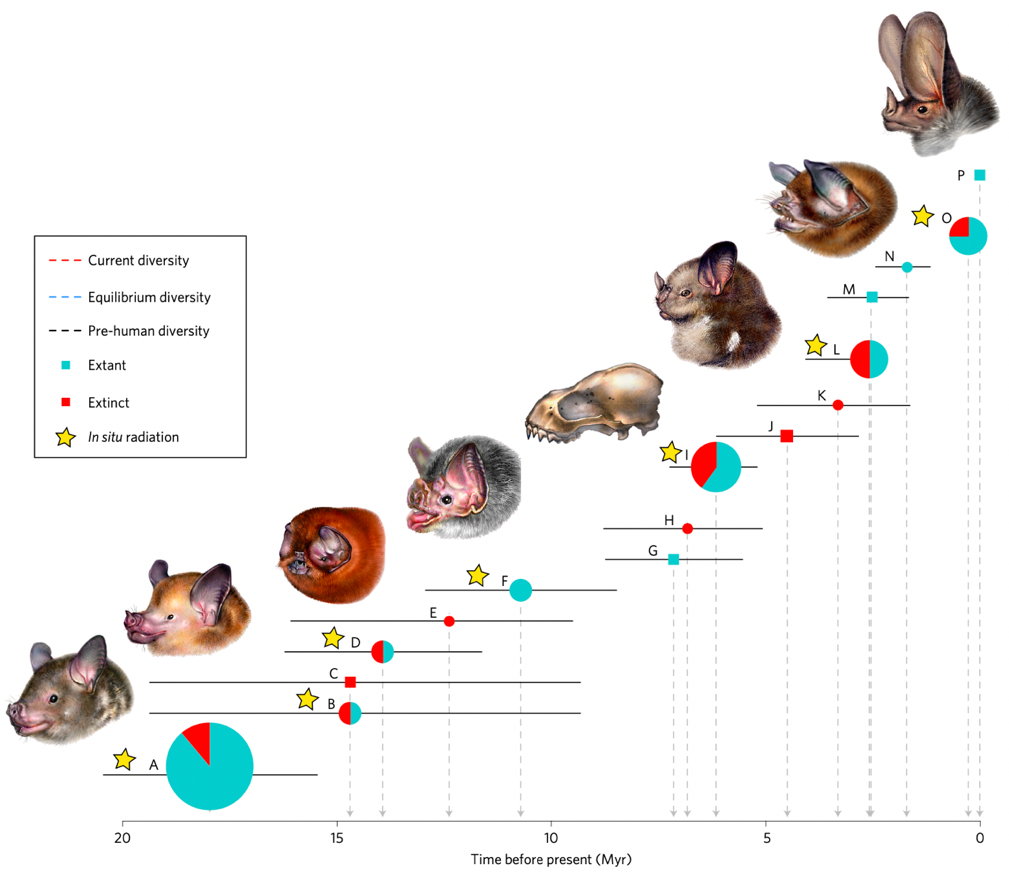