I study the evolutionary aspects of derived woodiness in the mustard family Brassicaceae. The best-known member of the mustard family is Arabidopsis thaliana, a tiny non-woody species which is used as a model system in many molecular experiments. But the family, comprising some 4,000 species, also harbours about 400 woody species that have all evolved from herbaceous ancestors. These so-called ‘derived woody’ species have resulted from roughly 100 individual shifts from herbaceousness towards woodiness, which is extraordinary for a single family. In a joint collaborative effort with Prof. Klaus Mummenhoff (University of Osnabrück, Germany) and Dr. Frederic Lens (Naturalis), I am building the Tree of Life (ToL) of the Brassicaceae family to identify all the evolutionary transitions towards woodiness and to assess the impact of woodiness on diversification of the family. A mix of old herbarium specimens and cutting-edge DNA techniques are being employed to reach these objectives.

I use a new hybridisation sequencing technique in which ~1,800 phylogenetic informative loci are targeted for about 1,000 Brassicaceae species. Thanks to this new technique, I am even able to obtain high quality DNA from rare Naturalis herbarium specimens of more than a century old, which highlights the need for properly conserved natural history collections. 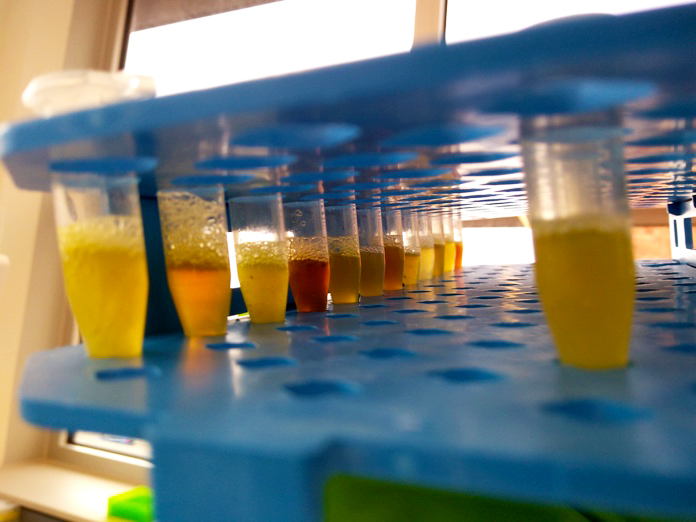 The transition from herbaceousness towards woodiness did not happen everywhere on Earth, but in specific regions, such as on oceanic islands, in the Mediterranean, and other continental regions with recurrent drought cycles. Not only am I interested to know exactly how many transitions occurred in the mustard family, but also what the influence of woodiness is on the species’ evolution. For example, when a plant species evolves the woodiness trait, does this give an advantage that results in an increased rate of speciation, or will it lead to an evolutionary dead end? I will answer this question using models that combine our newly reconstructed ToL and the species’ trait data.