Unravelling the rich geological record of environmental, climate and biodiversity change underlying the North Sea will enable us to improve predictions of the Anthropocene biodiversity crisis.

Three million years ago the North Sea was a nice, warm place. It was open to the Atlantic in the north and in general deeper then today’s shallow shelf sea. The Pliocene biota were rich in species including a good number of endemic species.
Move one million years on and the North Sea had become a different place: shallower, more murky and colder. Species numbers dropped, many endemic and thermophile species had disappeared and Pacific immigrant species were dominant. The onset of ice ages resulted in a succession of transgressions and regressions affecting landscapes and biota. 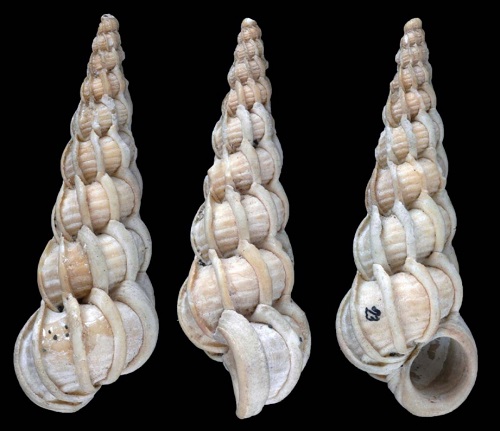 Within the subsurface of the southern North Sea Basin a remarkable geological record is preserved of climate and environmental change and biodiversity turnover. Around the Pliocene-Pleistocene transition both the disappearance of native species and appearance of immigrant species affected species numbers, but more important drove major reorganization of benthic and planktonic communities in times of severe environmental and climate change. 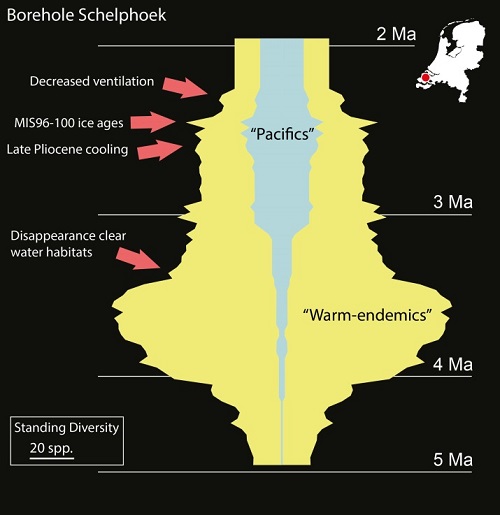 The biotic time series and geological archive of climate and environmental change has the potential to become a major test ground for biodiversity models. Predicting the Anthropocene biodiversity crisis very much relies on models that have not been tested properly with real data. In the period 2019-2025 we aim to develop age-constrained time series of biotic and environmental change from boreholes in the southern North Sea Basin to improve predictions of biodiversity change in the North Sea in the very near future.