Nature of the Netherlands

The aim of the Nature of the Netherlands Programme is to utilize the knowledge of Naturalis and partners to address societal issues within our Kingdom. Therefore we collaborate with a network of specialists and institutes to meet demands of stakeholders within different areas. Examples are water management, nature management and conservation,  public health and education. Our activities are based on taxonomic knowledge. Themes across projects are aquatic biodiversity, invasive species, urban ecology, pollinators and the Dutch Caribbean.

One of the promises for future bio assessments is the use of molecular data. Naturalis invests strongly in the development of a reference library with DNA barcodes for the Dutch flora and fauna. Over 200 specialists from different NGO’s have been recruited to collect and identify specimens, which have been photographed and processed in our DNA labs and stored in our collection as verifiable voucher specimens. We collected over 22.000 specimens resulting in over 23.000 barcodes. The barcodes have been used for biological control, invasive species, bird strikes and environmental research. In 2014 we started the project DNA Waterscan, funded by the Gieskes-Strijbis Fund, to develop an alternative bio assessment for water quality, based on DNA barcodes. We set up a collaboration with KWR Watercycle Research Institute for joint projects within the realm of hydrogenomics.

In 2010 the islands of Bonaire, St. Eustatius and Saba became special municipalities within the Netherlands. Naturalis is involved in the Caribbean Netherlands Science Institute based on Statia and started a project to develop research and outreach activities on the Dutch Caribbean Islands. This has led to a tropical field course and terrestrial and marine expeditions in 2015, digitization of Caribbean specimens within the collection of Naturalis and digitization of Caribbean literature, a photo exhibit on local biodiversity, a Dutch Caribbean Species Catalog  and a plan for outreach and education. To achieve all this there are several collaborations with NGO’s, local nature managers and local governments. See also www.dutchcaribbeanspecies.org. 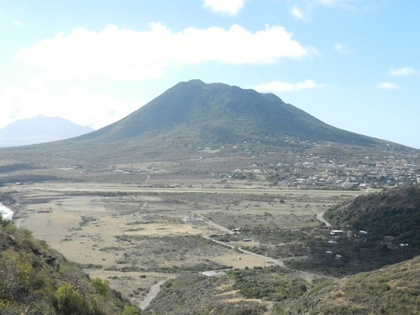 The web platform Dutch Species Catalogue presents the national thesaurus of all multi-cullular species recorded in The Netherlands. The taxonomic and ecological information is maintained by over a hundred specialists. Recently we updated the information based on revisions of some major species groups such as beetles (4,000 species), flies (5,000 species) and vascular plants (3,700 species). Together with NGO’s and funded by the Netherlands Food and Consumer Product Safety Authority we collect data of established invasive animal species and publish the information in the species catalogue. Together with Natuurmuseum Nijmegen we started a project to collect all names of historical records of vascular plant species. At present a running project aims to synchronize the taxonomy of the catalogue with the National Database Flora and Fauna, a collaboration with NGO’s and provinces (BIJ12). The catalogue is used by a variety of stakeholders such as the Ministry of EZ, the Rijksmuseum, VU University Amsterdam to the radio program Vroege Vogels. See also www.nederlandsesoorten.nl. 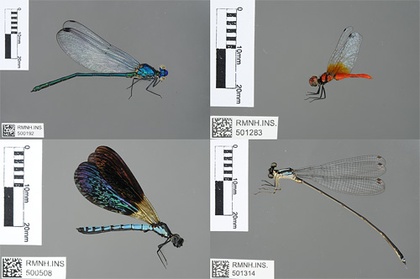 Besides taxonomic thesauri, identification tools are great to capture and disseminate taxonomic information. Several of our projects focus on the development of these tools. We develop datasets, images and texts for digital multi entry keys for several groups of organisms including garden bees, beetles, dragonflies, grasshoppers, cockroaches, spiders, flies, ants and several marine groups. They will be published at the Dutch Species Catalogue. In the wake of these projects we publish reference cards and posters of groups including garden beetles, garden spiders, water bugs and ladybugs. These are used in several monitoring projects. We also produce new drawings and texts for the Dierenzoeker (animal searcher) app for primary school children. See also www.nederlandsesoorten.nl/determineren and www.dierenzoeker.nl 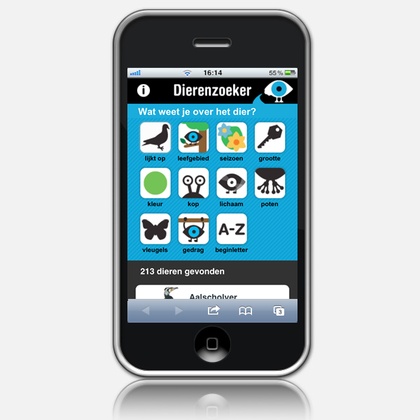 Natuur van Nederland is involved in the publication of a variety of books and magazines. Some recent projects and publications:

An affiliated initiative of Naturalis is the digitization of over 60 nature magazines of Naturalis and partner organizations to make the articles readily accessible to research communities, published and to be published on a newly developed web platform Natuurtijdschriften.