Everwet and dry monsoon in Malesia?

Van Steenis once indicated two distribution patterns in Malesia. One is shown by species which only prefer an everwet distribution on the Sunda Shelf (Malay Peninsula, Sumatra, Borneo; left picture), others do the opposite, they prefer (or tolerate) a yearly dry period and are found around the everwet Sunda Shelf (hatched area in the right picture).

Do many species show one of these distributions? 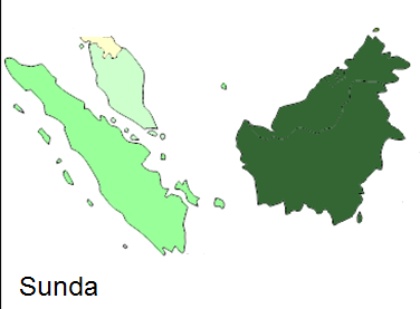 The collecting localities of revised species occurring in Malesia will be georeferenced where necessary and plotted on maps, sec and via Species Distribution Models (SDMs). A criterion has to be divised by which the distributions can be divided into ‘everwet’, ‘dry monsoon’ or ‘indifferent’.

to be published in a high impact journal. Thus report in form of journal manuscript.

start preferably not during Biodiversity courses and after databasing of collections; duration c. 6-9 months. Please, discuss date of research well in advance.